I am now a Disney princess. 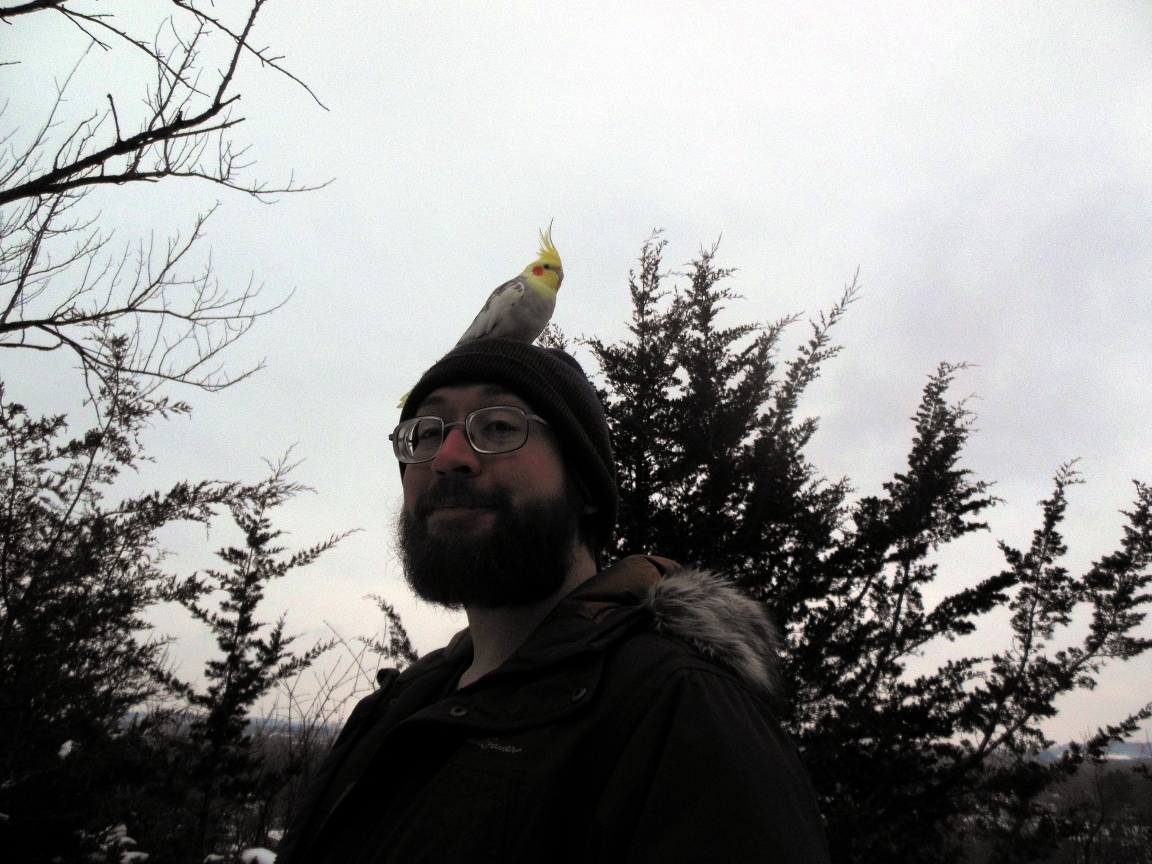 Today while on a walk with a friend in the cold winter woods a cockatiel parrot flew down and landed on my head. It eventually moved down to my shoulder and stayed there seemingly content. It was obviously someone's distressed pet. It flew off on the walk back to find a temporary place for it and I assumed it would die of the cold later that night. So... I went back an hour later and managed to whistle, gesture, and coax it down on to my shoulder where it had no problem sitting for 15 minutes while I asked people in the area if they were missing a parrot (really). None were, of course, but one helpful group in a parking lot took a photo for me and posted it with my phone number on a local-centric 'lost items' forum. Meanwhile, I gave up and the parrot had no problem coming home with me on my shoulder in my car.

About an hour later, after I'd resigned myself to having to buy parrot food and start putting down newspaper, I received a call from the owners of the parrot. They'd seen the post and after giving them my address they said they'd be over in 30 minutes. A woman and her son arrived and confirmed it was their parrot. They'd lost it the day before, so it had managed to survive a night. It was a pretty happy reunion scene and I'm glad I took the time to save the bird.

The bird was super cute but given birds' pooping habits I think I was almost as relieved as they were it was going home.