Blender sucks for 3D printing and can't do boolean ops

I finally got my 3D printer working properly which meant it was finally time to learn some "real" software to do the 3D design instead of fiddling with SketchUp trying to get surface based modeling to create properly manifolded and printable items. I need to do boolean operations to 3D meshes on a linux desktop so I figured I'd try Blender.

Learning blender was slow going. It took me about a week before I could feel confident in being able to make the shapes I wanted to. So finally I got down to doing boolean operations on those shapes... and Blender can't do it. I couldn't believe it but even doing boolean differences with simple unedited meshes of a sphere and a cube will fail in almost all non-trivial cases. Differences will add, differences will create non-manifold creations, and sometimes differences won't even work at all and just create a hash of jagged edges and overlapping surfaces tied to important wall surfaces. And that's with simple geometic primative meshes. Trying to do a boolean subtract of a complex shape like a fishing lure jig from a simple cube will definitely always fail. 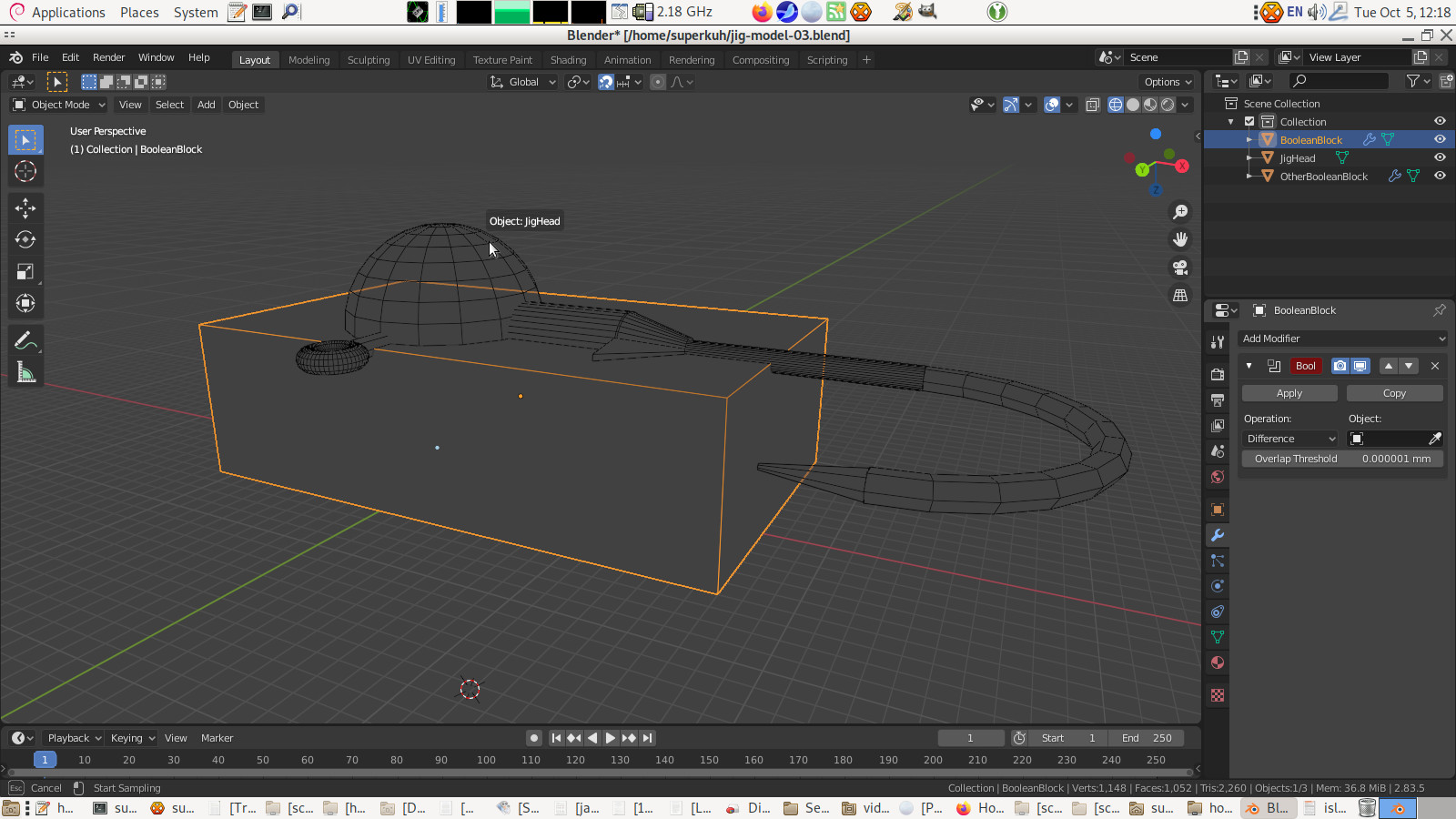 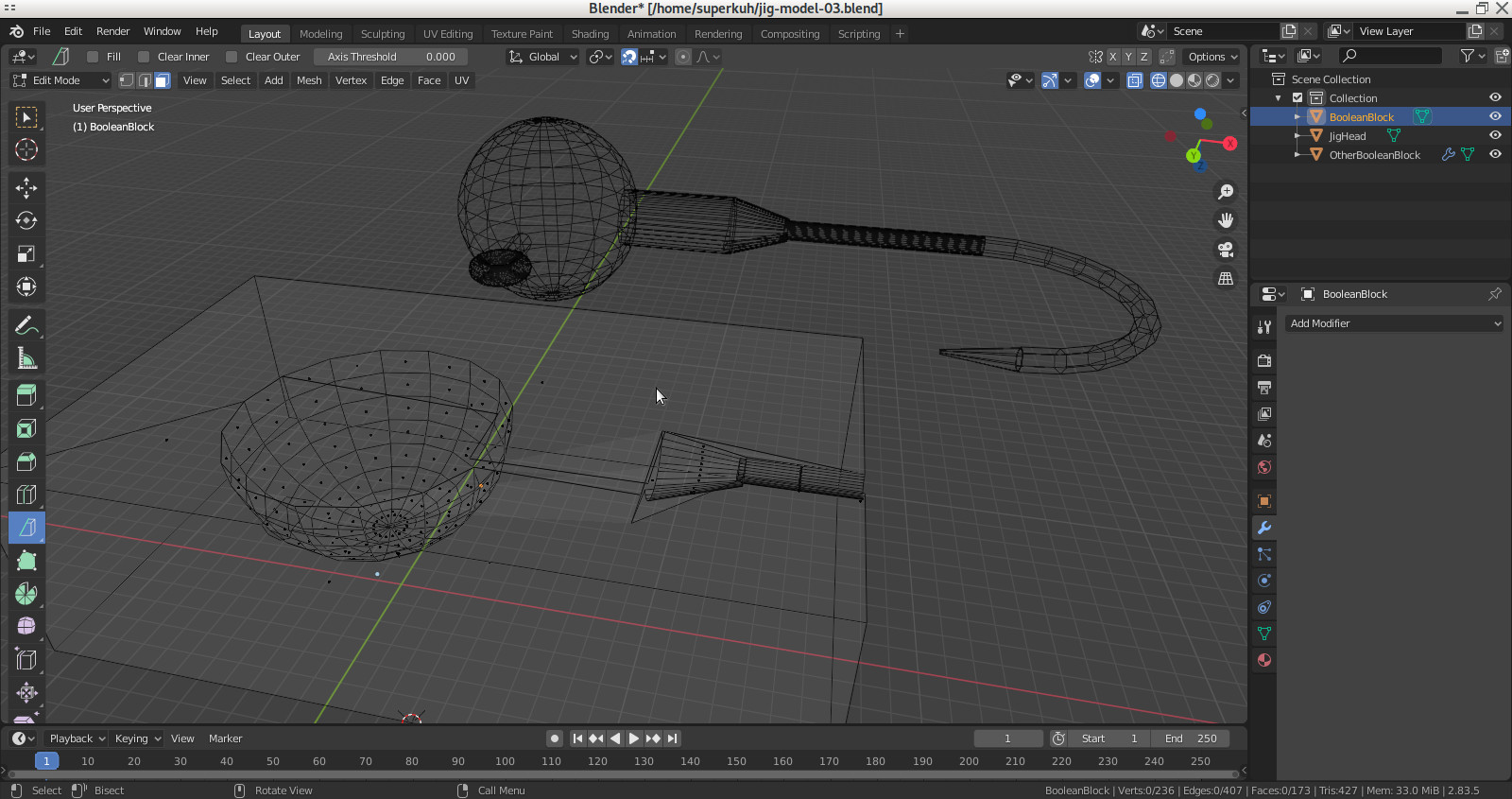 I spent a couple days on this trying boolean ops with simple geometries following youtube tutorials before I gave up and asked for help on #blender on irc.libera.chat. It turns out Blender is just shit at boolean operations and the problem wasn't me. So... I just wasted a week learning a program that can't do what I want. And when I threw my hands in the air and decided to just bend over and try Autodesk Fusion 360 instead I couldn't even get Firefox 88 to be able to download the installer because Autodesk uses such bleeding edge javascript/webcomponents un-HTML even a 6 month old browser can't run it.

I guess for now I'll go back to faking things with SketchUp. I'm just shocked that software with such a good reputation is so fundementally broken.

Disregard that, I was just using a 1 year old version.

It turns out that the LTS of Blender 2.8 that ships with Debian 11 *is* terrible and can't do boolean operations. But the Blender 2.9 binaries *can* and they do it perfectly for simple geometric primatives. It still can't do complex meshes but that's probably more on my mesh errors than anything with Blender. 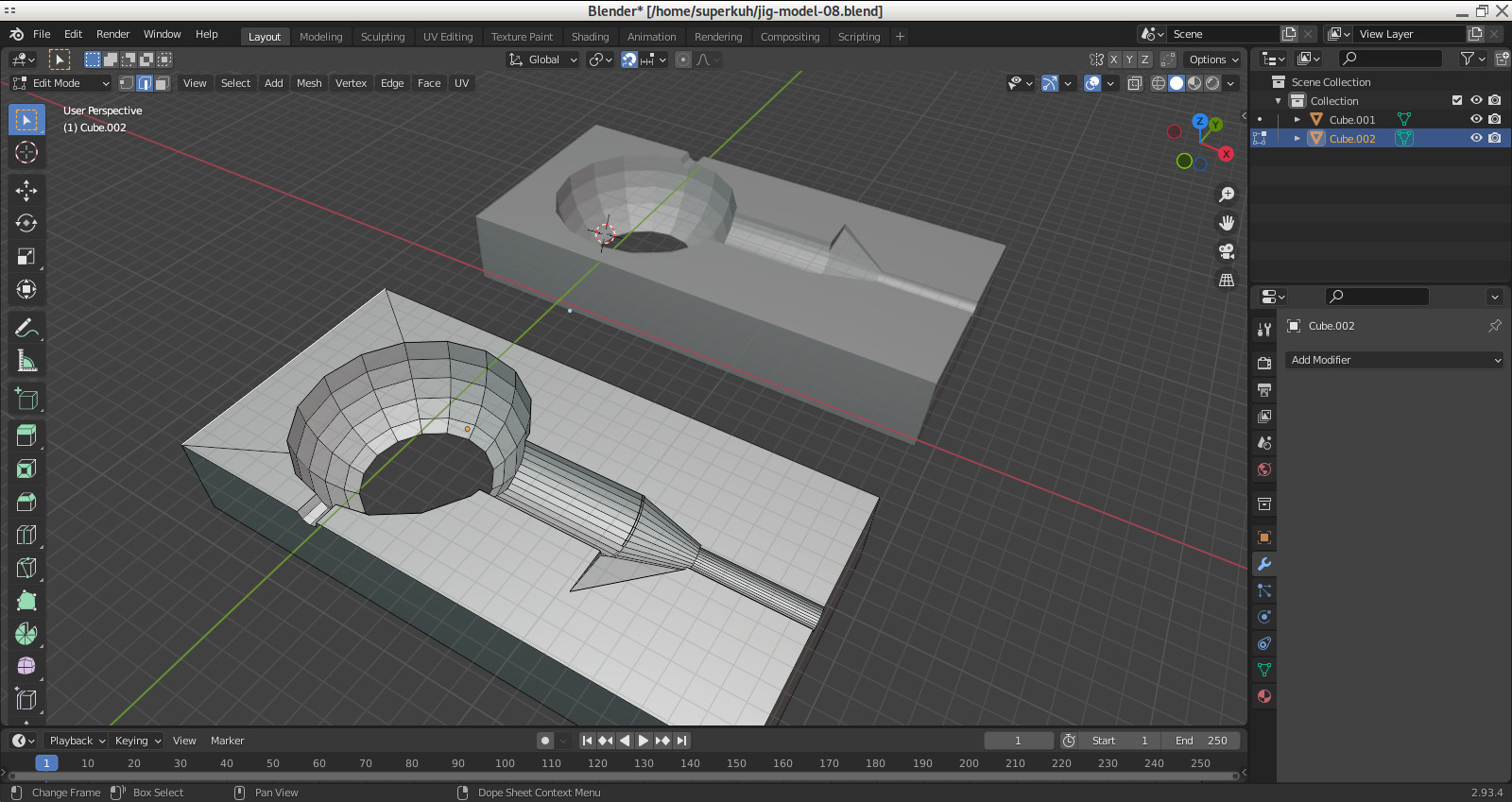 There are a lot of very finicky unpredictable tricks to gettingboolean operations to work cleanly. But the subtractions and additiosn are are mostly possible even if it takes 5 tries with lots of hacky work arounds each time. So I made and printed a type of "snap" and gliding jig that immitates dead minnows ramming into the bottom. These are super expensive right now, $12-15 if available at all. It pains me to lose them in snags. Losing 2 cheap 3/8th jig heads and some terminal tackle is much less of a problem. 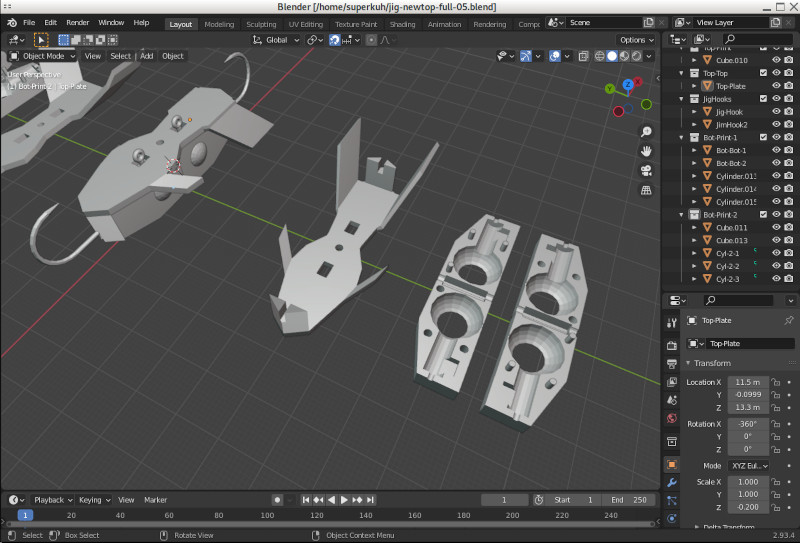 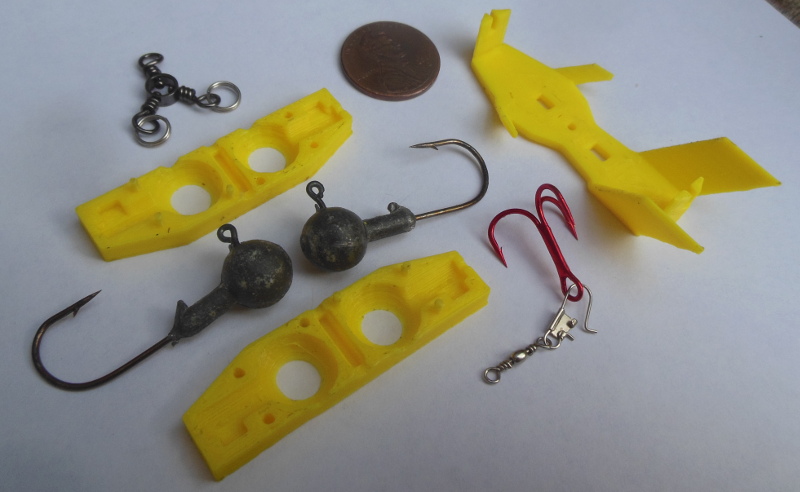 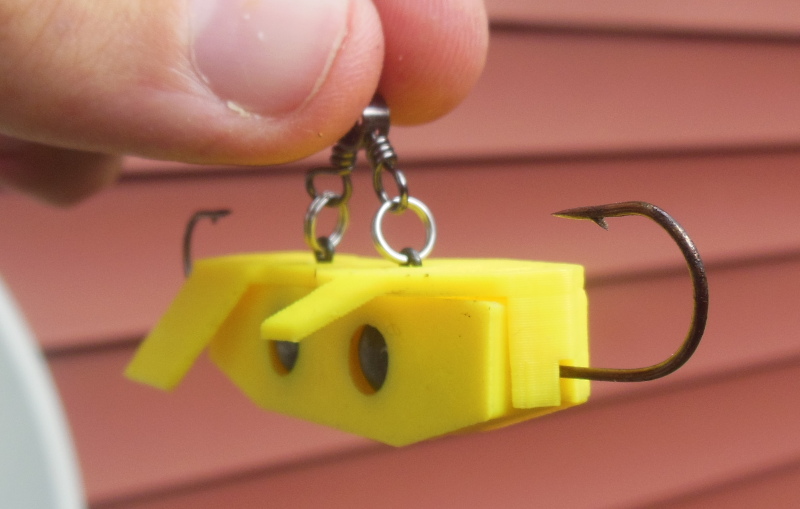 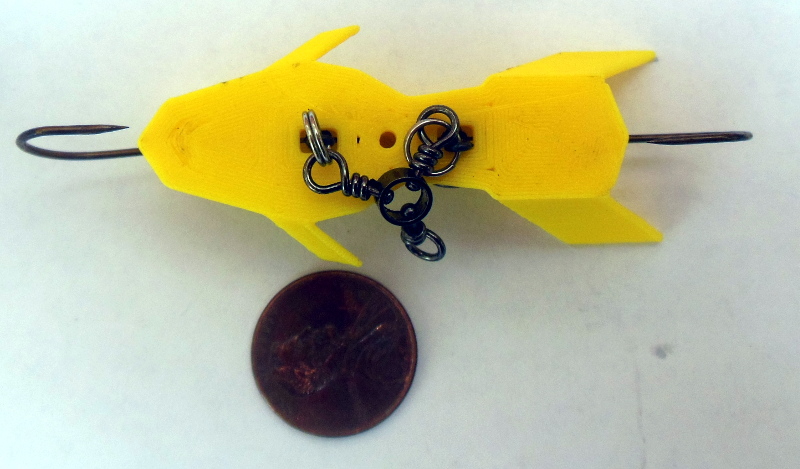 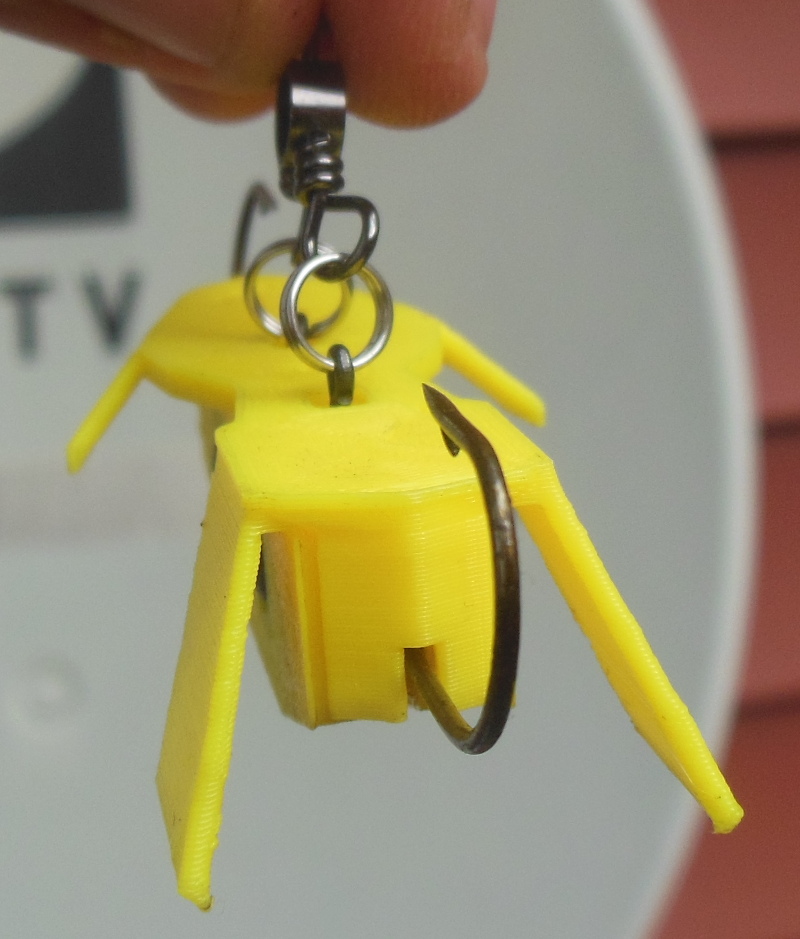 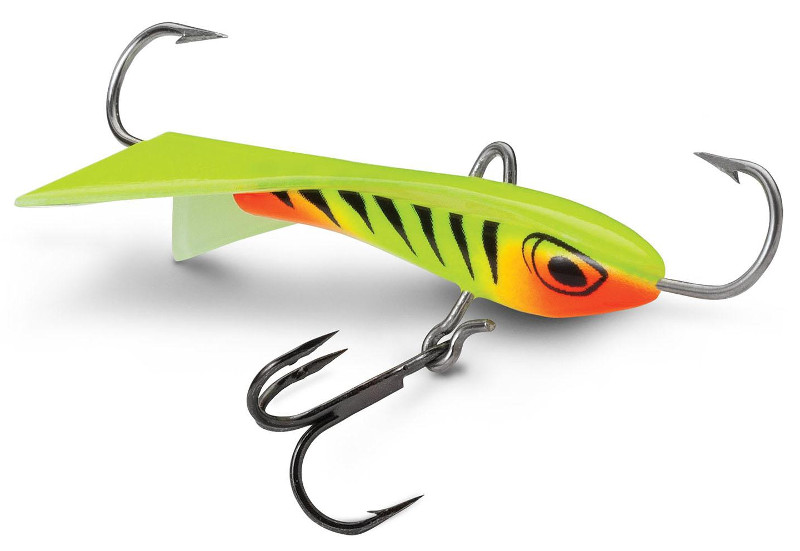